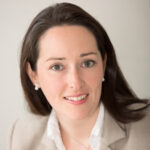 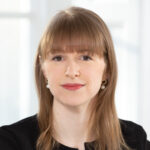 This consultation was announced by the Government in 2019 in response to the global #MeToo movement. The aims of the consultation were to consider:

The outcome from the consultation addresses these points.

Whilst the potential changes outlined in the response, if implemented, will have a significant impact on sexual harassment obligations in the workplace, the response does not detail how any new provisions will work in practice or the timeframe for when they may be introduced.

However, in light of the consultation, we would recommend that all employers prepare now by reading the report in full and considering the appropriate strategy for ensuring that their business takes a preventive approach to sexual harassment pending further guidance and / or legislation from the Government. We give examples and sign-posts below to practical recommendations in this regard.

Of course, employers will also be keen to see whether in practice any new duties merely impose additional burdens on already stretched HR and legal teams, or, whether it will produce genuinely meaningful provisions that can help effect culture change.

Currently, if an incident of sexual harassment takes place in the workplace, there is a defence available to an employer if it can show that it took “all reasonable steps” to prevent the employee from undertaking the discriminatory act.

The Government intends to place further responsibility on employers to take preventative measures by introducing a positive duty requiring them to prevent sexual harassment. It is anticipated that employers will still be required to take “all reasonable steps” to prevent harassment and for an incident of harassment needing to have taken place before an employee (or others) could enforce any positive duty.

What does this mean in practice? Further guidance is awaited but the response states that the Government will support the Equality and Human Rights Commission (EHRC) to develop a statutory code of practice on sexual harassment in order to provide further guidance, building on the technical guidance published in January last year. The Government has also committed to producing accessible guidance to provide further clarity on what employers need to be doing to abide by their obligations.

The consultation response emphasised the EHRC’s existing power to enter into legally binding agreements with employers (citing Sainsbury’s as an example) who are found to be liable for breaches of the Equality Act 2010 and stated that the Government “will discuss scope for further EHRC action in this area with the EHRC chair and senior executive”.

The response stated that the Government will introduce explicit protections from third party harassment. Again, detail is awaited as to what form this will take.

The Equality Act 2010 had previously contained a similar requirement where an employer would be liable for harassment where the employer failed to take such steps as would have been reasonably practicable to prevent it and knew that the employee had been harassed in the course of their employment on at least two other occasions by a third party (whether or not the third party was the same person on each occasion). This was repealed in 2013. However, the EHRC technical guidance referred to above says, (in relation to third party harassment) [see paragraph 4.37]:

– Low morale amongst staff (which can lead to absenteeism or presenteeism)

– Depression, anxiety, trauma and PTSD or health consequences for victims.

The Government response proposes that it will take the form of an “all reasonable steps defence”, which they state will allow for proportionality and flexibility, recognising that the risk will differ depending on the workplace. It stated that they proposed to avoid a list of steps organisations can take in order to rely on the defence, flagging that creating an exhaustive list of requirements may create a “tick-box” approach amongst employers.

The current position is that a discrimination claim must normally be submitted to an employment tribunal within three months from the date the incident took place. There are limited exceptions to this, including where the time is extended as the claimant has referred the dispute to the ACAS early conciliation process, where a claimant can show that earlier acts are part of a continuing course of conduct or where a tribunal considers that it is just and equitable to extend the time limit.

In the response to the consultation the Government has committed to looking “closely” at extending the time limit for bringing Equality Act 2010 cases from the current time limit of three months to six months. This potential change would not just apply to sexual harassment claims, but to other Equality Act 2010 claims in order to avoid adding further complexity. It is unclear how this would intersect with other employment claims which sit outside the Equality Act. For instance, would an employee who wanted to bring a claim for discrimination and also unfair dismissal need to abide by the current three month time limit for unfair dismissal claims in any event?

Whilst an extension to the time limit is likely to increase the number of claims faced by employers, dealt with by the already over-stretched Employment Tribunal, it will give both employees and employers further breathing room to try to finish any grievance or investigation or to reach a resolution with the employee before the parties are launched into an Employment Tribunal process which increases costs on both sides. Employees will have further time to explore their options, rather than feeling rushed to take more formal steps without having a proper opportunity to finish any internal process or investigation. For instance, the ACAS Code states that employees should try to resolve issues through an employer’s grievance process before bringing a claim, and any failure to follow the ACAS Code can result in up to a 25 per cent reduction in compensation if the employee is successful in the Employment Tribunal. Where grievances and investigations often last for several months, employees feel forced to take the step of submitting an Employment Tribunal claim, rather than waiting with the hope that a judge will consider that it is “just and equitable” to extend the time limits in those circumstances.

What can employers do to prepare in the meantime?

At this stage, we recommend that employers read the report, take preparatory steps as well as ‘watching this space’ following the consultation. Indeed in our experience, employers are taking a more proactive approach post #MeToo, even in the absence of any new legislation to prevent harassment.

Lasting cultural change is obviously key to mitigating the risk of sexual harassment in the workplace.

In principle and in practice, “never do nothing”.

This should be regular, interactive, designed with the context of the organisation in mind rather than generic and “off – the shelf”.

The UN discussion paper is a practical and helpful guide for organisations and will help inform anti-harassment and prevention strategies. It gives particularly good insights into the importance of high quality and relevant training. The paper also makes other recommendations such as “mapping exercises” (of the workforce) bearing in mind that some workers and workplaces are more vulnerable to sexual harassment including lone workers, night workers, part-time workers, those with additional needs, younger workers aged 16 – 25, workers from sexual minority groups or anyone working in any industry where there are high levels of customer contact, client events and alcohol consumption.

Finally, employers should also note that the inequality caused by the Covid pandemic (see previous blog by our colleague Kathleen Heycock on this subject) is likely to give rise to more (and possibly newer types of) sexual harassment. This is because where discrimination and inequality exist that can set the culture for abusive behaviours such as harassment and sexual violence to set in. We have also heard anecdotally that global health organisations are preparing for increased levels of sexual violence directly linked to the inequality impact of the pandemic. Above all, employers should remember that sexual harassment is seldom about “attraction”. It is about power and control and the accessibility and vulnerability of victims often due to their position in the business. We will be providing further briefings in this area post the Government consultation as and when there are developments.

In June 2020, we hosted a three part webinar series on #MeToo: Creating Safe Workplaces. For further information on this series and to obtain the recordings please contact Shelly Kainth at Shelly.Kainth@farrer.co.uk.

Bullying and harassment in the virtual workplace

If you require further information about anything covered in this blog, please contact Maria Strauss, Hannah Taylor, or your usual contact at the firm on +44 (0)20 3375 7000. 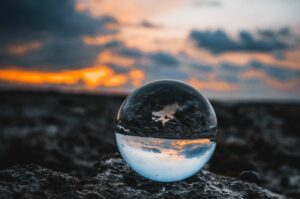 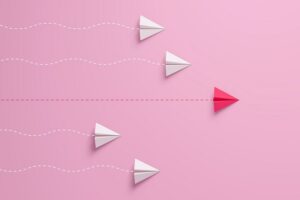