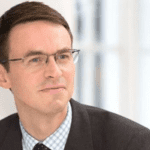 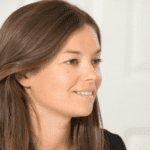 On 29 April 2022, the High Court handed down its judgment in the case of Sarah Butler-Sloss and Ors v The Charity Commission and Attorney General. Here James Maloney and Emma James consider its implications.

It is almost 30 years since the courts last considered how charity trustees can legitimately take account of non-financial considerations when investing. This case therefore provides welcome reassurance for charity trustees looking to adopt a responsible approach to investment.

The judgment confirms that there is no absolute prohibition against a charity making investments that directly conflict with its purposes. But, where trustees reasonably believe that an investment conflicts with their charity’s purposes, they have a discretion as to whether to exclude it – and should exercise that discretion by balancing all relevant factors.

For charities that are considering investing responsibly, or that are reviewing their investment policies to reflect ESG (environmental, social and governance) considerations, the judgment provides a helpful summary of the law in relation to the exercise of their trustees’ powers of investment.

The case was brought by the trustees of two charitable trusts (the Claimants), the Ashden Trust and the Mark Leonard Trust. Both charities have general charitable purposes although their trustees have decided to focus primarily on environmental and associated charitable purposes.

The Claimants wished to adopt investment policies which would, as far as possible, exclude investments that did not align with the Paris Climate Agreement 2016 (referred to as the Proposed Investment Policy). The case is topical, given that many charities are considering their approach to responsible investment, particularly in the context of climate change.

The Proposed Investment Policy would exclude over half of publicly traded companies and commercially available investment funds. Although it targeted an annual return of CPI +4 per cent (in line with the published rates of return of other large charities), the Claimants accepted they were unable accurately to determine the extent of the financial detriment which may be suffered by the charities as a result of adopting the Proposed Investment Policy.

The Claimants sought the approval of the Court as to whether the adoption of the Proposed Investment Policy was a lawful exercise of their powers of investment.

Prior to the judgment, the only major case in this area was Harries v Church Commissioners for England [1992] 1 WLR 1241, commonly referred to as the Bishop of Oxford case.

In this case it was held that the starting point for charity trustees should be to seek to maximise financial return. The judgment identified three exceptions (which the Vice Chancellor considered would be comparatively rare):

The Bishop of Oxford judgment made clear that, the greater the risk of financial detriment, the clearer the trustees needed to be of the advantages to the charity of the course of action they were adopting. Trustees “must not use property held by them for investment purposes as a means for making moral statements at the expense of the charity of which they are trustees”.

The Charity Commission’s current guidance (set out in CC14, Charities and investment matters: a guide for trustees and its associated “Legal Underpinning”) are based on the Bishop of Oxford judgment, although there has been disagreement over whether it accurately represents the first and second categories above.

As well as a declaration as to whether the adoption of the Proposed Investment Policy was a lawful exercise of their powers, the Claimants asked whether there was an absolute prohibition against making investments that directly conflict with their charities’ purposes.

The judge (Mr Justice Green) determined that the Bishop of Oxford judgment had not intended such a prohibition. This would have imposed a duty not to invest in a particular way which would be difficult to comply with in all but relatively simple cases.

Mr Justice Green helpfully summarised what he considered the law in relation to charity trustees considering non-financial aspects when exercising their powers of investment:

While High Court decisions are not binding on other High Court judges, they are persuasive. Strictly speaking, therefore, the only charities to which the judgment applies are the two which were involved in the case, but the case is clearly of wider significance.

The judgment does not represent a radical change, but it does provide helpful clarification on how charity trustees should approach non-financial factors and the process the law expects them to follow when making decisions about responsible investment.

Where it offers less clarity is on the level of diligence expected of trustees in assessing the likely financial detriment involved in a particular investment.

It remains to be seen whether the Charity Commission will tackle this in its revised guidance or whether, as was the case in the Commission’s 2021 consultation, it leaves this for trustees to work through themselves using the Commission’s guidance on decision making.

The draft guidance that emerged from the 2021 consultation has remained to be finalised pending the judgment. The Charity Commission has now confirmed that it will be publishing updated guidance in due course “to ensure trustees can confidently adopt appropriate policies including in the context of pressing concerns around climate change”.

If you require further information about anything covered in this briefing, please contact James Maloney, Emma James or your usual contact at the firm on +44 (0)20 3375 7000. 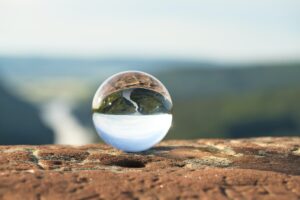 What is the relationship between philanthropy and sustainability?

In this video, our partner James Maloney and Amy Blackwell from Acorn Capital Advisers share […] 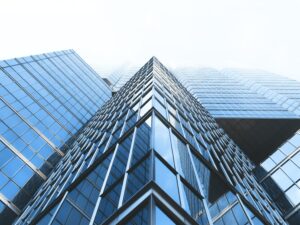 Can Charities Invest their Endowment with impact?