Banter, harassment and the Equality Act: an overview for employers 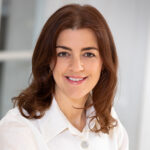 Allegations relating to Yorkshire County Cricket Club (“YCCC”) have been in the news recently. YCCC conducted a review into allegations of racist comments made towards cricketer Azeem Rafiq. Their review has still not been made public, but sources from the news channel ESPN who have seen a copy claim that the report dismissed the allegations as “friendly and good-natured banter”.

Pressure from the media, members of the Cabinet and accusations of institutional racism led to high-profile resignations. A whistleblowing hotline set up by YCCC has already had 36 calls. Giving evidence in Parliament, Azeem Rafiq told the Select Committee “racism is not banter”. The YCCC’s new chairman agreed with him, has given personal and public apologies and Azeem Rafiq’s tribunal claim has been settled. This case has highlighted a continuing ignorance around when behaviour in the workplace amounts to discrimination.

In this blog we consider the legal definition of harassment in the Equality Act 2010 and how the different elements of the offence have been considered by Employment Tribunal case law.

Unwanted means “unwelcome” or “uninvited”. Whether conduct is unwanted is always a question on the facts. This can be shown from the case of Evans v Xactly Corporation Ltd where the Claimant argued being called a “fat, ginger pikey” was harassment based on disability and ethnic origins. The EAT held that this was not harassment. There was a culture of “office banter” that included jibing where no one intended to offend, and no one was in fact offended. The Claimant was a willing participant and therefore, the comments were not unwanted. Does this case provide a free pass for “banter” so long as the other party participates?

No. A direct counter to Evans is Munchkins Restaurant Ltd v Karmazyn. In that case the EAT held that, notwithstanding the Claimant’s apparent willing participation in the conversations, the comments made were harassment. In that case, the proprietor of a restaurant made continuous sexual remarks about waitresses and asked them about their sex lives. The Claimants responded and sometimes asked the proprietor similar questions. The Tribunal held that the conduct was still unwanted. The engagement was used as a coping mechanism stating that “putting up with [the conversations] did not make it welcome”. It is not a far leap to apply this to a workplace banter setting which would reverse the decision in Evans.

The Respondent to a harassment claim cannot argue that they did not know conduct was unwanted in all circumstances. In Insitu Cleaning Co Ltd v Heads, the EAT rejected this argument as it would give a license for harassment. Some conduct is so self-evidently unwelcome, in that case the defendant greeting the Claimant by commenting on the size of her breasts, that the Claimant does not need to clarify it is unwanted before it occurs. The EHRC Guidance on Harassment gives the example of a homophobic slur used in jokes to an LGBTQ+ individual who has otherwise gone along with the banter.

Conduct is defined broadly and can take the form of nearly anything whether that is jokes, posts on social media, sharing media or artwork. Generally, for harassment there has to be a course of conduct (ie something that has happened more than once). However, a single act if severe enough can qualify as harassment but it is a question of fact and degree. For example, see Insitu above where the comment only occurred once.

Related to a protected characteristic?

It is not necessary for the Claimant to have the particular protected characteristic to successfully claim harassment. A Claimant can succeed in the following types of claim:

While the concept of “relates to” is broad, it does have limits. For example, in Bakkali v Greater Manchester Buses, the defendant had asked his Muslim colleague, the Claimant, whether he still supported Islamic State. This was unwanted conduct which had the necessary effect but was not deemed to be “related to” the protected characteristic of religious belief. Rather this comment followed a conversation where the Respondent had understood the Claimant to talking about Islamic State in a positive light.

The first thing to note is that the EHRC guidance makes clear that if the harasser’s purpose is to violate the victim’s dignity or create a hostile environment, this is sufficient to constitute harassment irrespective of the effect the conduct has on the worker.

The more complicated situation is unwanted conduct that has the effect of creating the Environment but is not intended to do so – very often the defence cited when “good-natured banter” causes problems. Under the Act, the Courts assess the effect on the Claimant against three criteria:

A possible defence for employers?

S109(4) of the Equality Act states an employer is not liable for harassment if the employer has taken “all reasonable steps” to prevent harassment. Proving this defence is incredibly difficult.

In Allay (UK) Ltd v Gehlen, the employer argued it had taken all reasonable steps to stop the harassment because it had given training to all employees on anti-harassment procedures. The EAT clarified that Tribunals will examine not only whether reasonable steps had been taken, but whether there were other reasonable steps that could have been taken. In this case, the Tribunal found that the training given had gone stale and no longer effective to prevent harassment. This was supported by the fact two employees knew of the harassment and failed to report it in line with the policy – evidence that the training was ignored or forgotten. For further information, see our blog Don’t let your equality and diversity training go “stale”.

Subsequent cases have expanded the role for employers. In Tesfargiorgis v Aspinalls Club Ltd, the Court found a wide prevalence of racist incidents. To prove all reasonable steps, the employer needed to go beyond the normal route of policy and procedure and show “specific and targeted training on how to deal with racist or sexist incidents” which might have included a Working Group.

Where then does banter stand in the law? As the cases above demonstrate, each claim of harassment will turn on its particular facts. The cases discussed above are not proposition that banter is never allowed; but abuse can never be tolerated. It would be a brave employer who would run a “banter” based defence to a harassment claim without very good evidence that the Claimant was willingly engaged in jokes and there was no link between the conduct with any protected characteristic.

Employers will naturally want to encourage workplaces where employees can have fun and share a joke but there should be very clear training about what can constitute harassment and low-level incidents or concerns should always be dealt with quickly and effectively before they escalate.

With special thanks to Alex Evans, a current paralegal in the Employment team, for his help with this blog.

If you require further information about anything covered in this blog, please contact Katie Fudakowski, or your usual contact at the firm on +44 (0)20 3375 7000. 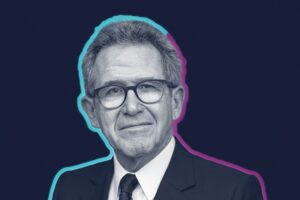 The philanthropist, advisor to government and former head of BP shares with us the changes he’s seen in the oil and gas industry and how it’s changing for the better. 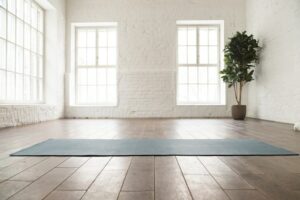 Investing in FemTech: women, wellbeing and why it’s worth it…

The fight for women’s rights and a fairer world for everyone continues, and so it’s no surprise that as women’s voices become louder, businesses have been increasingly pressured to deliver…