A new legacy for London 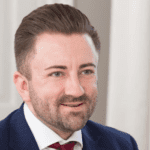 This article was originally published by New Civil Engineer

For months now, we have seen research about the future of our cities bandied back and forth across the media. From panicked predictions of a mass exodus, to cautious celebrations at the amount of office space retained against these forecasts, the changes in our living and working practices of the last eighteen months have resulted in a paradigm shift for the interests of the urban property industry.

It now appears that many of the gloomiest projections for the populations of our cities will not be realised. Despite reports revealing that just as many Londoners purchased property outside the city in the first half of 2021 as they did in the whole of 2020, this quarter of 2021 has seen healthy growth for residential rental prices in prime London locations.

However, much like the recent evolution of our expectations for working practices and our day-to-day life, Covid-19 has precipitated new demands on our built environment, presenting the property industry with an opportunity to innovate and enhance. Moving forward, what cities like London need to be building now are community-centric and sustainable developments that address our current challenges and new priorities.

Not since the post-war period has the sector seen such an overhaul of priorities, and it must be wary of past mistakes. “New Towns” of the sixties, such as Cumbernauld in Scotland, were built with a revolutionary spirit but have somehow ended up being the focus of articles and television documentaries on places not to live! Indeed, Cumbernauld’s lifeless breeze blocks were winners of a public nomination in Channel 4’s aptly named show “Demolition”. Ultimately, the town’s construction was blinkered by a desire to create what planners thought people should want and have a in a futuristic new town (see the “Cumbernauld Town Centre”) rather than blending what planners aspired to with what the public actually wants. We must learn from these mistakes.

Developers need to think long term about the most strategic use of space in an urban environment. Whilst status projects that require large sites are exciting and have the potential to become landmarks, such as the Millennium Dome (or O2 for younger readers), we need to ask, what would be the point of such projects if those they aim to target are driven out of the City (or any city for that matter) by not using larger sites to build great places for people in London to live? Covid-19 gave us the greatest change of working habits seen since the transition from land to factory in the 18th and 19th century and in a far shorter space of time. Many property professionals see these changes as here to stay, and predict that they will drive market movement for years to come.

With change comes opportunity, and legacy developments could be the answer to retaining talent in cities like London. Legacy developments tick all the boxes to capitalise most efficiently on the current opportunity presented by new working practices. Adapting the principles underlying placemaking projects outside of London as well as those taken forward by the Great Estates, which look to create a legacy as well as profit over the long term, can provide an optimal response to new ways of working. Legacy developments provide what many thought they had to leave the urban landscape to find when buying a new build property in cities – beauty as well as environmentally and socially friendly communities. As residents seek more outdoor space and community initiatives, mixed-use developments built around public spaces and local amenities are not only efficient and environmentally kind but also enjoyable places to live, especially at lower density. Reduced reliance on cars promises low-emission neighborhoods, whilst amenities accessible on foot encourage the reinvestment of salaries into local economies. “Living streets” promote and encourage biodiversity, whilst net-zero construction strategies combat embodied carbon in the built environment and “gentle density” keeps a human friendly scale creating pleasant places. With the principles of community, sustainability and longevity at their core, legacy developments are the best answer to society’s needs and concerns now.

Beneficiaries of legacy developments are not constrained to their residents either. Legacy developments can be an optimum choice for developers, investors and planners. For those seeking to recoup pandemic-incurred losses, they provide an opportunity for “patient capital” to be deployed, and their sustainability schemes bolster the ESG credentials of investment portfolios. These credentials also mean you are far more likely to see local authority buy-in to your plans. There are no signs of a bonfire of environmental regulation post-Brexit; with the current Environment Bill, the direction of travel is clear and you don’t want to be playing catch up.

City dwellers are not afraid to demand a better environment and higher quality of living and, faced with what is now a very real risk of losing residents, stakeholders in the urban property market must rise up to meet their demands and create a place that caters for physical, mental and social health of individuals, as well as the health of our planet and its communities. Legacy developments answer to each of these concerns, and in style. 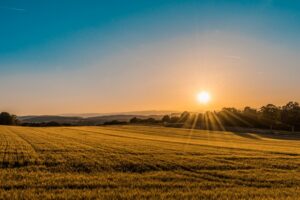 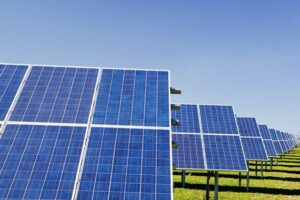 Preparing the ground for solar – early considerations for landowners

There are many factors landowners must consider, but here are some starters for ten.