Investing in FemTech: women, wellbeing and why it’s worth it… 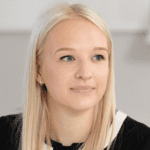 Even in 2021, the fight for women’s rights and a fairer world for everyone continues, and so it’s no surprise that as women’s voices become louder, businesses have been increasingly pressured to deliver female-centric solutions. “FemTech” is a term coined to encompass technology geared towards improving women’s lives, and the UK market alone includes the mood and hormone cycle tracker, Moody Month, breastfeeding tools from Elvie, a women’s mindset and hypnotherapy app, Clementine, a mothers’ social networking app called Peanut, and a virtual fertility clinic, Apricity. These rising businesses are fast creating a huge sub-sector of the tech industry and the products and services tailored towards women’s traditionally neglected needs are increasingly grabbing the attention of investors. We caught up with Karina Vazirova, co-founder of FemTech Lab – Europe’s first FemTech accelerator helping rising FemTech businesses market their products and raise funding – to find out more about why investors should take this industry seriously.

The history of FemTech

Historically, most products for women’s health and wellbeing were designed and sold by men. But what better way to have such products designed than by the actual end-user?

Ida Tin, founder of Berlin-based period tracking app, Clue, is widely credited as having coined the term “FemTech” “as a way of helping to legitimise the female health tech market, thus driving forward innovation, attracting investment, and helping to normalise conversations about female health”. Yet while in its early days FemTech focused mainly on menstruation and fertility, the industry has since expanded into new niches such as fitness, mental health and sex tech.

According to a recent industry report, the FemTech market is expected to grow at a CAGR of 16.2 per cent from 2021 to 2027, and FemTech Analytics reported that while in 2013 the sector barely totalled $100m annually, it’s now expected to exceed $60 billion within the next decade.

What’s behind this booming industry?

From Karina’s perspective, there are two key trends relating to the rise of FemTech – Covid and feminism. We all witnessed the world lock down last year, and Karina commented that “in terms of digital health, the innovation that we would usually see in say 10 years came about in a matter of weeks. Also, with the ongoing wave of female empowerment, women have realised there are a lack of solutions tailored to them, but also that they can go out and build these solutions themselves with a growing support for female founders behind them”.

So, FemTech leaders have benefited from cultural shifts, sparked by events such as the #MeToo movement and a growing interest in diversity and inclusion, but the pandemic appears to have accelerated FemTech’s growth by exposing the challenges women face. The prolonged lockdowns, for example, disproportionately impacted women dealing with the higher burden of housework, and domestic abuse against women also increased. In an interview with Omnia Health, Das, an industry analyst, noted that “during the pandemic, women’s health worldwide suffered intensely, right from increased mental health issues to a surge in unwanted pregnancies and stillbirths”. And as COVID-19 simultaneously fueled the popularity of online health tools, there has never been a better time for FemTech to flourish.

Why do FemTech businesses struggle with funding?

Crunchbase figures show that globally in 2020, only 2.3 per cent of venture capital funding went to women-led startups, and as 90 per cent of investment decision-makers are male, FemTech companies face the additional barrier of issues affecting women not always being understood by those they are pitching to.

Being such a new industry, “FemTech” is also a term often misunderstood and Pitchbook Analysts have suggested the absence of investor support may be due to the lack of “sizeable exits”, so Karina explained “ultimately, FemTech is still a young sector. We see a lot of new investors entering the space. However, most money managers will need to develop a general thesis about a market before investing. We are still at a stage where the investment community is making sense of FemTech and developing an investment approach.”

Furthermore, “some FemTech sub-sectors are getting a lot of interest (eg fertility, menopause), but products that solve taboo topics (eg sexual health, menstrual health) have a harder time with investors. At FemTech Lab, we have a lot of conversations with our investment partners, and they often say that they are looking to see more DeepTech solutions, less content and community platforms.”

Karina believes the lack of funding in FemTech could still be partly down to gender differences: “generally speaking, women and men have different pitching styles. For example, the venture capital world is used to big vision, massive growth projections, and unicorn promises. And this is what investors want to see – that their bet has a chance of a very high financial upside. Female founders tend to be more real, honest and conservative in their growth projections. This is great for day-to-day business decisions but does not sell well to venture capitalists.”

Yet while raising funding is no doubt often a difficult journey for FemTech founders, there has recently been an increase in investors and funds committed exclusively to women-led businesses, such as Alma’s Angels and the Female Founders Fund. Other funds are also emerging that are purely focused on FemTech, such as that launched by Portfolia and that planned for FemTech Lab later this year. There have also been some recent positive success stories, with reproductive and hormone health business, Hertily Health, having raised £4.2m in seed funding, and Elvie having landed £58m in a Series C funding round.

Why invest in FemTech?

According to research, women are 75 per cent more likely to use digital healthcare tools than men, and so it’s clearly an industry poised for growth. FemTech also comes with so many untapped female challenges, and is therefore fresh, exciting and most definitely the future: in Karina’s words, it “has a massive edge because it’s a new emerging market”.

But Karina also highlighted the “positive social impact” of investing in FemTech, as such businesses positively impact equality in resolving women’s underserved needs. This is key in the current investment climate in which diversity and inclusion has become a priority.

So, while FemTech is still an emerging sector, with half the world’s population as its market, there’s plenty of opportunities to scale.

By 2023, for example, figures from the Female Founders Fund, suggest that 1.1billion women will be postmenopausal – a massive opportunity for innovation. Karina also thinks that hormone health may be on the rise in the coming years.

While there’s still a lot to do in fighting taboos and closing the gender gap in access to medical care, wellbeing resources and knowledge, we’re clearly on the right track to do so, and for Karina: “as scientific innovation into women’s health accelerates, so will the opportunities in FemTech”. The FemTech industry is certainly having its moment and is full of investment opportunities, so watch this space!

If you require further information about anything covered in this briefing, please contact Beth Balkham or your usual contact at the firm on +44 (0)20 3375 7000. 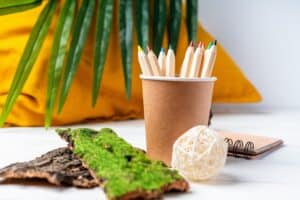 Recent years have seen sustainability take on a newfound significance across all industries and sectors, with organisations worldwide recognising not only the importance of understanding the environmental and social contexts…

David Fletcher speaks to Paul Van Zyl about his career and setting up The Conduit. Listen to our previous episode of ‘The Entrepreneur’ series with Tim Follett.